This was sent to me by a reader. He or she also claims that there were more posts where she goes back for more conventional treatment which have since been deleted. I do not know if this is the extent of her cancer facebook posts; this was just what the reader sent me. The comments under the pictures are theirs and not mine. In these I can see no mention of Stage IV cancer, no mention of cancer of the liver, no mention of turning down chemotherapy, and no mention of getting only five years to live two months after her initial treatment. Anyway, Candice-Marie Fox is more than welcome to offer up proof of all those things, but so far I have been unable to find it. Demand the truth. 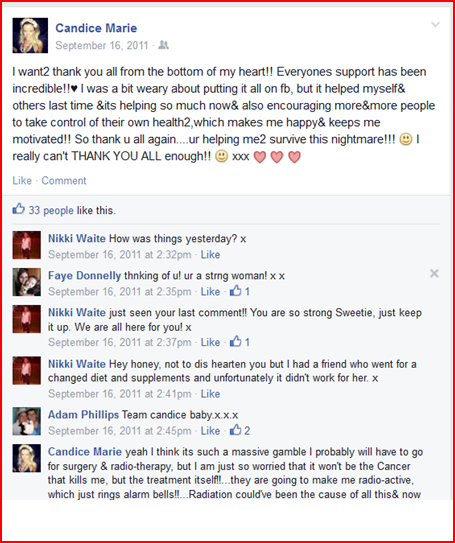 Dec 2011 – has treatment (radiotherapy that is... not pineapples – maybe they served some pineapple jelly after the treatment...) 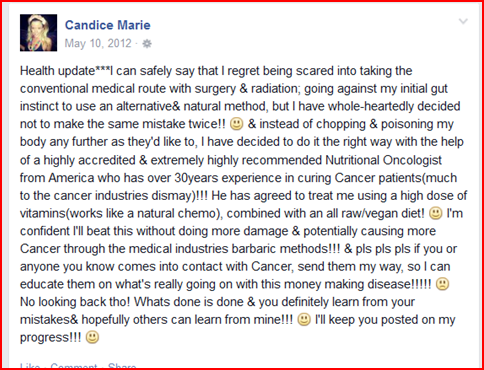 May 2012 – 5 months after treatment apparently regrets it.... takes advice from a supposed “Oncologist” in US 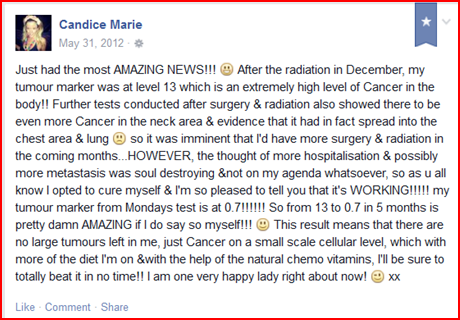 May 2012 – After supposedly regretting the treatment 5 months earlier – the treatment appears to have worked! She had previously accepted that the treatment would take time to show whether it worked.. 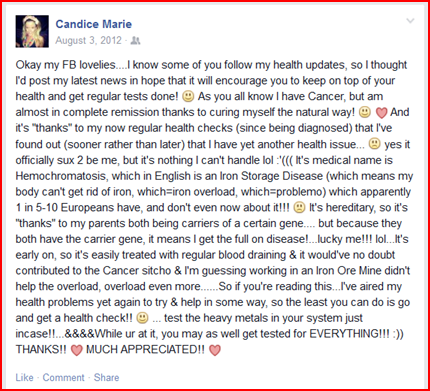 Aug 2012 – Apparently has now cured herself the “natural way” – what about the surgery and radiotherapy?

Just thought I would update this since Candice-Marie Fox is accusing me of being a liar and a troll. This is the email I got along with my response, and my email to Candice-Marie, encouraging her to send the missing posts. 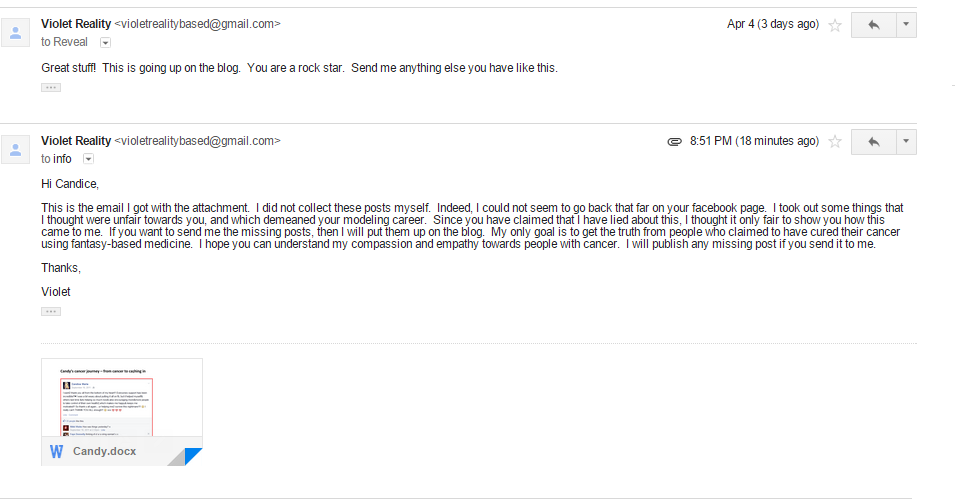